Ans. Because Mark Zuckerberg is colour blind. (Zuckerberg is red-green color-blind and blue is the richest colour for him which he confirmed in an online interview.)

Q2. When this person first visited the facility that would later make him a part of a first in the world, he removed his shoes to enter the area as a mark of respect – which went on to be one of the reasons why he was chosen.

In a peer vote conducted out of the top 20 candidates, 17 of them thought he was the most capable among them to lead the mission. Who is this global hero?

Q3. Owned by the Sealed Air Corporation, identify this brand used for relieving stress by many people, apart from its actual intended use.

Q4. The Niagara falls were lit up blue earlier last night and will be lit up in the same spectacular fashion for the next 2 days between 9 and 11 pm. What is this arrangement being done for? 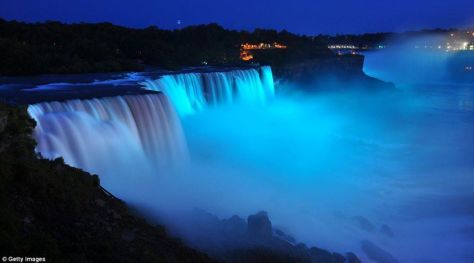 Ans. Niagra Falls, among many other prominent locations, was decorated to announce the birth of the royal baby. The blue was chosen to convey the tourists the gender of the baby.

Q5. Why is this global HIV/AIDS awareness and prevention campaign named ‘46664’?

Ans. 46664 (four, double six, six four) takes its name from the prison number (prisoner number 466 of 1964) given to nelson Mandela when he was incarcerated for life on Robben Island, off Cape Town, South Africa. (There is also a clothing brand named after this no.)

Q6. For whom this statue is erected?

This is the formula for calculating what?

Q8.The original name of this item invented by Bartolomeo Cristofori around 1700’s comes from Italian for “soft and loud”, but gradually it began being referred to as only by the “soft” part.What item is this?

Ans. Piano, which was originally named pianoforte it is. It was an improvement over an instrument called the fortepiano.

Q9. A flavoured carbonated soft drink, this Indian brand get its name from the Marathi word for ‘Of lemon’ that is “Limbu Cha”? Name the brand.

Q10. Theophilus Van Kannel hated chivalry, and he put his energies from this cause into inventing something that we use today. His patent description is as follows: “three radiating and equidistant wings, provided with weather strips or equivalent for snug fit; It is perfectly noiseless, effectively prevents entrance of wind, snow or dust; there is no possibility of collision” what is his invention?

Ans.Revolving Doors, he hated the ‘you first please’ conventions and having to open doors for women.