Q 1. Which is the only snake that makes nest?

Q 2. Identify the famous Indian actress in the following ad for Lux soap.

Q 3. Who was the finance minister of King Akbar?

Q 4. Which multinational corporation has its values written down in a book called Credo ?

Q 5. Earle Dickson’s wife Josephine often cut & burn herself while cooking. He invented something to help her. How do we know his famous invention today?

Q 6. Developed as a navigation system for US military, it was opened for use by general public in 1983. What is it?

Q 7. What did Percy Spencer invent on finding that an active radar melted a chocolate bar in his pocket?

Q 8. IRCTC and SBI have jointly released the SHUBH-YATRA card for travel by Indian Railways.

Which famous personality has designed the card?

Q 9.Identify the famous person in the picture below:

Ans 2. Jayalalitha. (Currently the Chief-Minister of Tamilnadu). She was a popular film star in Indian cinema before her entry into politics, having appeared as the lead heroine in over 140 films which includes films in Tamil, Telugu, Kannada and worked in one Hindi film. 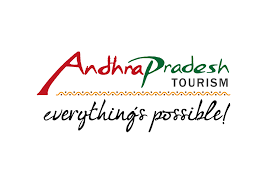