Team CareerShapers thanks the readers for all the support, feedback and motivation to write. Today we present the 100th edition of the ‘General Quiz’ series. This post consists of the 20 best questions which appeared in the series till now.

You may like to visit our new section “What? Why? How?”. Please provide your feedback in the comments.

Q 1. This a snapshot of a 19 seconds video from Youtube, posted on the username ‘jawed’. The title of the video is ‘Me at the Zoo’.

What’s special about this video?

Q 2. Sunlight takes 8 minutes and 20 seconds to reach us. How much time it takes moonlight to reach Earth?

Q 3. ‘Samoa’ – officially the Independent State of Samoa formerly known as Western Samoa, is an Oceanian country encompassing the western part of the Samoan Islands in the South Pacific Ocean. It became independent from New Zealand in 1962.In the year 2011, Samoa became famous for taking a very unusual step to improve it’s ties with major trade partners Australia and New Zealand. What did this small island country do?

Q 4. “Do you want to sell sugar water for the rest of your life or do you want to come with me and change the world?” Who said these lines to whom?

Q 5. What are we talking about in the description below:

– The American Society of Civil Engineers has named it one of the seven wonders of the modern world.

– France began work on the project in 1881, but had to stop because of engineering problems and high mortality due to disease. The United States took over the project in 1904, and took a decade to complete, which was officially opened on August 15, 1914.

– One of the largest and most difficult engineering projects ever undertaken, it greatly reduced the time of  travel between the Atlantic and Pacific Oceans.

Q 6. Polo is arguably the oldest team sport in known history. The first matches were recorded some 2,500 years ago in Persia, in 500BC. The word “polo” is supposedly derived from “pulu”, the Tibetan for willow, of which the original balls were made. Initially thought to have been created by competing tribes of Central Asia, it was quickly taken up as a training method for the King’s elite cavalry. Polo originated from which country?

Q 7. Which planet has the longest day? (In other words the slowest rotating planet of our Solar System). Very strangely,the day is actually longer than it’s year.

It is also the only planet rotating East to West while all other planets including Earth, rotate West to East. Because of this,the Sun rises there in the West and sets in the East.

Q 8. Professor Chandrasekhar was awarded the Nobel Prize in Physics in 1983 for his studies on the physical processes important to the structure and evolution of stars. He graduated with a degree in physics before reaching his 20th birthday . Chandrasekhar’s most notable work was the astrophysical Chandrasekhar limit.

What is Chandrasekhar limit?

Q 10.  In which country’s coins you can find the following lines imprinted, ‘This is the root of all evils’ ?

Q 11. This was started by Ranbir Singh and Gurbax Singh in 1937 as a distributor for a Japanese company Shionogi. The company went public in 1973 and Japanese pharmaceutical company Daiichi Sankyo acquired a controlling share in 2008. In 2014, Sun Pharma acquired the entire 63.4% of its share making the conglomerate world’s fifth largest specialty generic pharma company.

Q 12. Which country has the longest coastline in the world?

Q 13. Identify. (Named after this is a very famous algorithm in Computer Science).

Q 14. This is Chail Cricket ground in Himachal Pradesh. What’s special about it?

Q 15. The idea originated through an American businessman named William Willett who wanted it primarily because he wanted to play golf in the evenings.

It was briefly instituted during World War I as a way to conserve energy supplies but such was the antagonism to the idea that it was dumped and not revived till 1966. Now it is standard in much of Europe as well. What are we talking about?

Q 18. Shown below is the list of VVIPs exempted from security checks at airports in India. What is blanked out in the image below?

Q 19. Which is the only river which crosses the equator twice?

Q 20. This gentleman’s striking resemblance to an extra in the film Andaz Apna Apna, led to fans guessing that he had made a special appearance in the movie. A screen grab from the movie, which bore uncanny resemblance to him went viral on social media; leading him to tweet this. Who are we talking about?

Ans 3.  Samoa positioned to the East of the International Date Line, in May 2011 decided to forego a day shift to the time zone on its West.

Samoa announced the decision in May in a bid to improve ties with major trade partners Australia and New Zealand.(Neighbouring Tokelau decided to follow suit in October)

The island nation was 21 hours behind both the countries – effectively meaning  a loss of “two working days a week” with them – but it is now set to go three hours ahead. The “shift” was taken place with effect on December 27, 2011. At midnight, when it was 9 p.m. on December 28 in Sydney, clocks in Aspia, the capital of Samoa, jumped to 00:00 of december 29. The decision to adhere with the eastern side of the date line was purportedly taken 119 years ago, to make business with the United States and Europe easier. Now, as the volume  of the trade with their neighbouring countries has surged. Samoans have decided to go “back to future”.

Ans 4. Steve Jobs said this to Pepsi executive John Sculley to lure him to Apple. Sculley mentions it in the documentary Bloomberg Game Changers: Steve Jobs.

Ans 6. India (The state of Manipur to be precise)

Ans 7. Venus (Also know as Morning Star and Evening star). It takes 257 earth days to complete one rotation i.e. 1 Day on Venus = 257 Days on Earth. But it completes one revolution around the Sun in comparatively  lesser time, 225 days. Hence, very interestingly Year is shorter than Day on Venus.

Ans 8. The Chandra limit is the upper limit of mass that a star can have and still become a white dwarf as it dies. Anything over this mass amount will result in the star exploding or becoming a black hole as it dies.
To read further, click here.

– It is actually the portmantue of the names of the founders Ranbir and Gurbax forming Ranbaxy.

Ans 16. All of them are owned by the Volkswagen group.

Ans 18.  Robert Vadra (His name is recently removed from the VVIP list.) 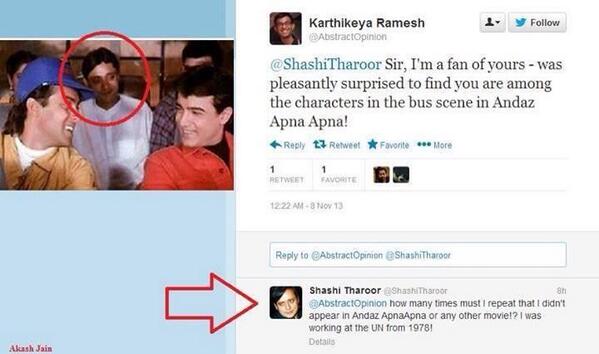